I was able to installed it on my Windows 7 64bit version without a glitch. I had a problem installing in a Windows Server 2008 SP2 Virtual Machine, but I’m sure it because I needed access to the internet.  So, make sure you got internet connectivity.

There’s a few things to know:

1. Prior installing SQL Server Denali CTP1, you need the following:

2. The Get-Command bug is fix and there’s are a few new PowerShell cmdlets: 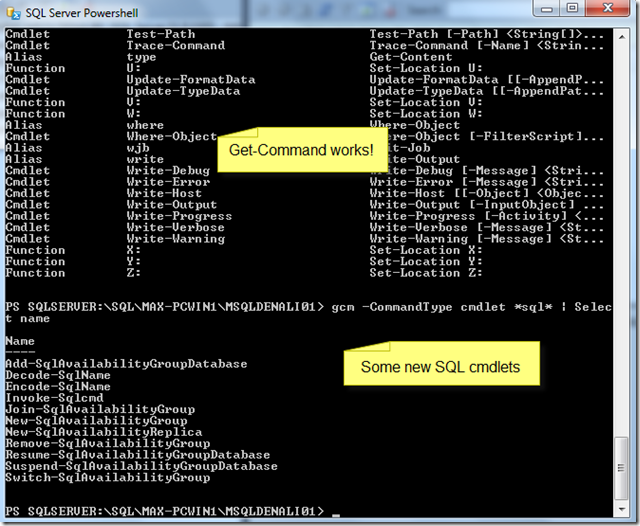 Of course, don’t forget to include the new set SQL cmdlets from the “MasterDataServices” snapin, already introduce in SQL Server 2008 R2 (See my blog: http://www.maxtblog.com/index.php/2010/09/surprise-sql-server-2008-r2-has-new-cmdlets/)

I’m very excited about this new product and expect to see more PowerShell cmdlets later in the process.    KUDOS to the Microsoft SQL Server Team!!

I will be blogging more later.  Happy PowerShelling!